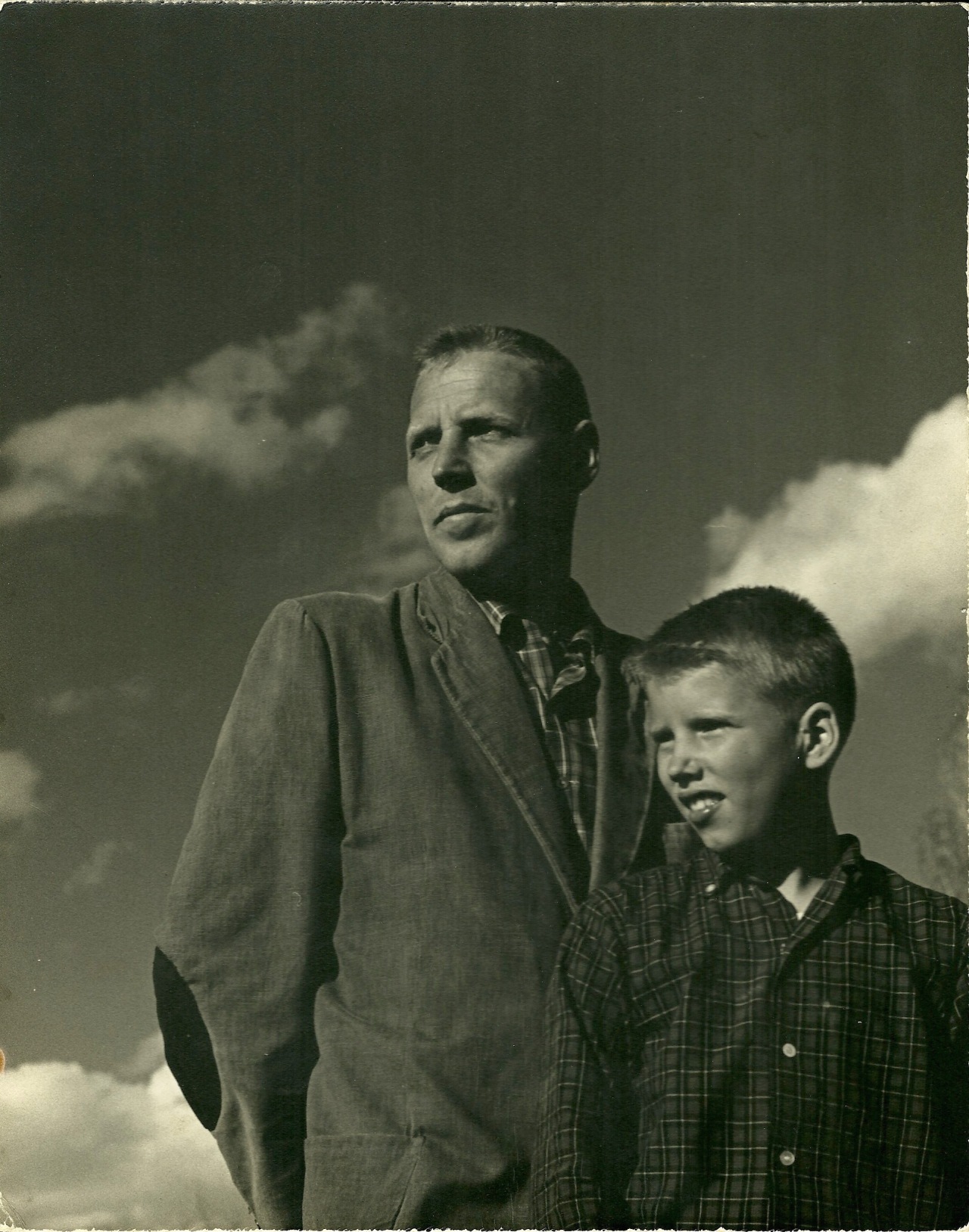 My father and I are standing in what we used to call Percy’s Field, a brushy, undeveloped couple of acres that ran from Canyon Road down to the Santa Fe River.

The day was bright and hopeful. It was about 1960.

It’s hard for me to realize, looking at the photo, that I would be a problem drinker only six or seven years later, barely graduating from high school. Thirty-four years later, I would nod to a hospital nurse to unplug my hard-drinking father from life support. I think I was 10 when the photo was taken. Dad was 32 then, 66 when he died.

The photo above was taken by Mike James, brother of Claude James, owner of Claude’s Bar, a few doors east of Percy’s Field, on the other side of Canyon Road.  I think my father took up me up to the painter Hal West’s studio at the corner of Canyon Road and Escondido that same morning. I had a bowl of pinto beans from the pot on Hal’s wood-burning stove. I think it was a Sunday.