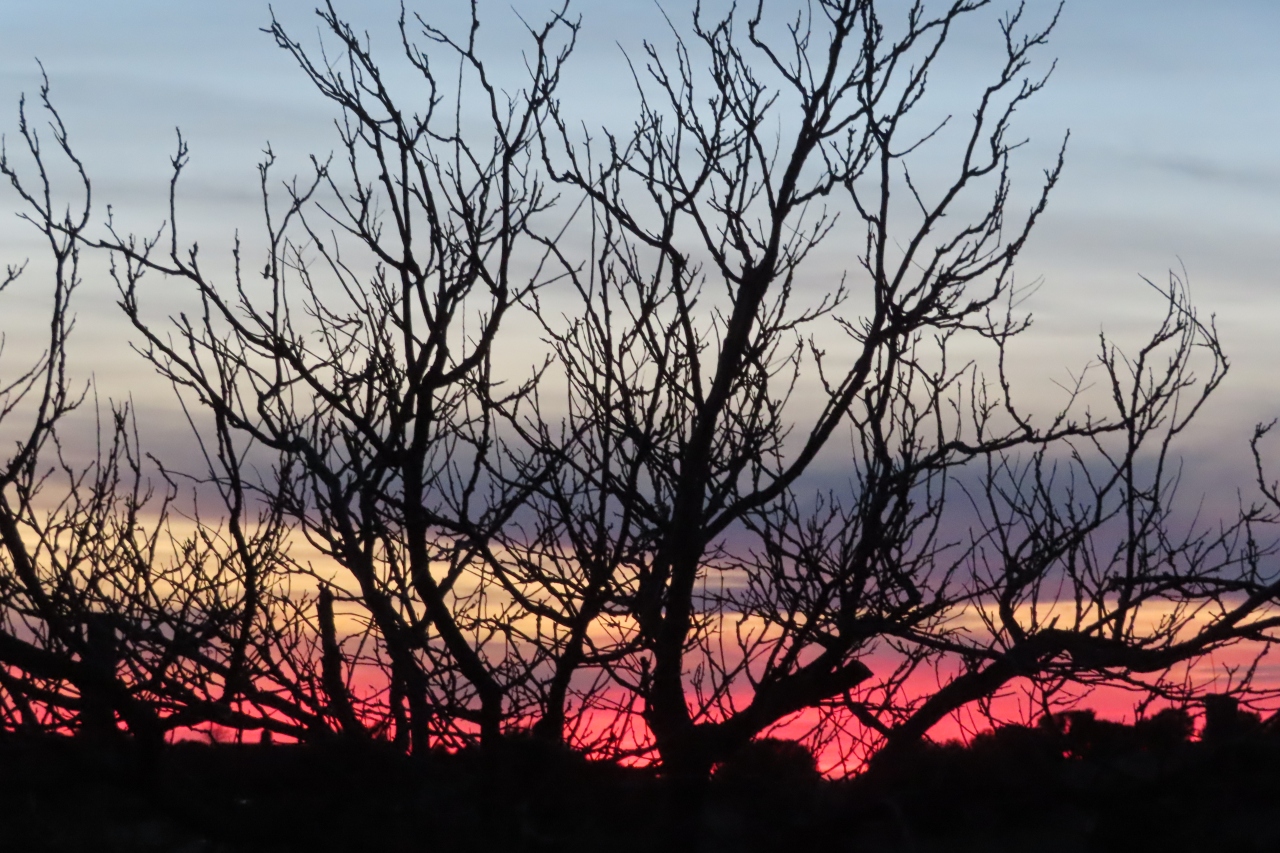 Five days now since the first three cases of coronavirus were confirmed in New Mexico, but it seems longer.

It’s been several months since the initial outbreak in China and weeks since the pandemic overtook Italy.  Spain and France are locking down. Restrictions on movement are tightening in the U.S.

Even CNN pundits said Trump turned a corner today, acknowledging the severity of the problems advanced by COVID-19 and saying they might last until August or longer.

Idris Elba, who’s here shooting a movie, was among those saying on this date that he’d tested positive. We fans of The Range cafe in Bernalillo got a sad note on Facebook from the owner, telling us only three tables filled at lunch today and he had not felt so threatened since his first location burned down in 1992. A nurse neighbor is on the front lines, working in a hazmat suit and face shield. I’ve tried to share state government tweets about testing and grocery delivery with fellow 70 and 80-something neighbors, thinking they might not be as active media watchers as I. My stepsister over the ridge and I might have had our last face-to-face visit for a while on Sunday. Meawhile, she’s staying in touch with an older friend, who’s being helped at home by a daughter who’s in the midst of cancer treatments.

Like everyone else, I have been worried about family and friends. I’ve also felt  the food hoarding instinct, especially for the grain-free Canadian kibble Cowboy has been on since he was sick pup, although he’s out in the dark barking at coyotes at the moment, testing my soft heart.

One of my first thoughts when all this started was of my paternal grandparents, both born in the late 1890s. They made it through World War 1, the Great Depression and World War 11, all while caring for two daughters with severe disabilities at home. The daughters, who needed 24-hour care, lived into their mid-60s. Both grandparents lived into their early 90s. I don’t think I ever heard them complain. They passed quietly.

They were experts in frugality and staying home, by necessity, became their way of life. Despite the hardships they faced, they they also had some good fortune: a 40-year oil refinery job for my grandfather; company housing during the Depression; and then help from the federal government. A portrait of FDR hung in their bedroom, opposite the foot of the bed, the first thing you saw waking in the morning. Social Security programs enabled them to care for both daughters at home.

I called to check in with my brother in Puget Sound today.  I tried to grill him about his health and ended up learning as much about myself.

He had bought a new laptop and did not seem to have picked up much computer savvy since I helped him buy his first one at a custom shop in Bellingham 23 years ago. Or so I thought.

I, of course, am an expert, 14 months older and having bumbled my way into regular computer use after the largest newspaper in New Mexico converted to them in 1984.  Despite my continued use of words like “thingy” and inability to remember the term browser, I tried to lead  him through a two-hour exercise in installing Firefox.

We gave up during my attempt to explain the use of tabs. Always gentle, he interjected near hour No. 2 that he really needed to go shopping. And then he let it slip that he’s been doing the New York Times crossword puzzle online for years, something this computer whiz has been afraid to try. Apparently, he has even toyed with puzzle construction online.

I realized that maybe the biggest obstacle we’d been dealing with was not his technical frailty but my overbearing voice. I thought I was being patient but I am sure I have fooled myself about my sibling demeanor for all of his 69 years.

Poor Cowboy had to wait through the pedantry. Finally, we hit the trail. My thoughts returned to coronavirus and hard times. But I felt lucky, despite underlying respiratory issues. We lined out toward the mountain under clear, blue New Mexico sky, feeling the UVs burning in and thinking it won’t be long before the snakes are out. 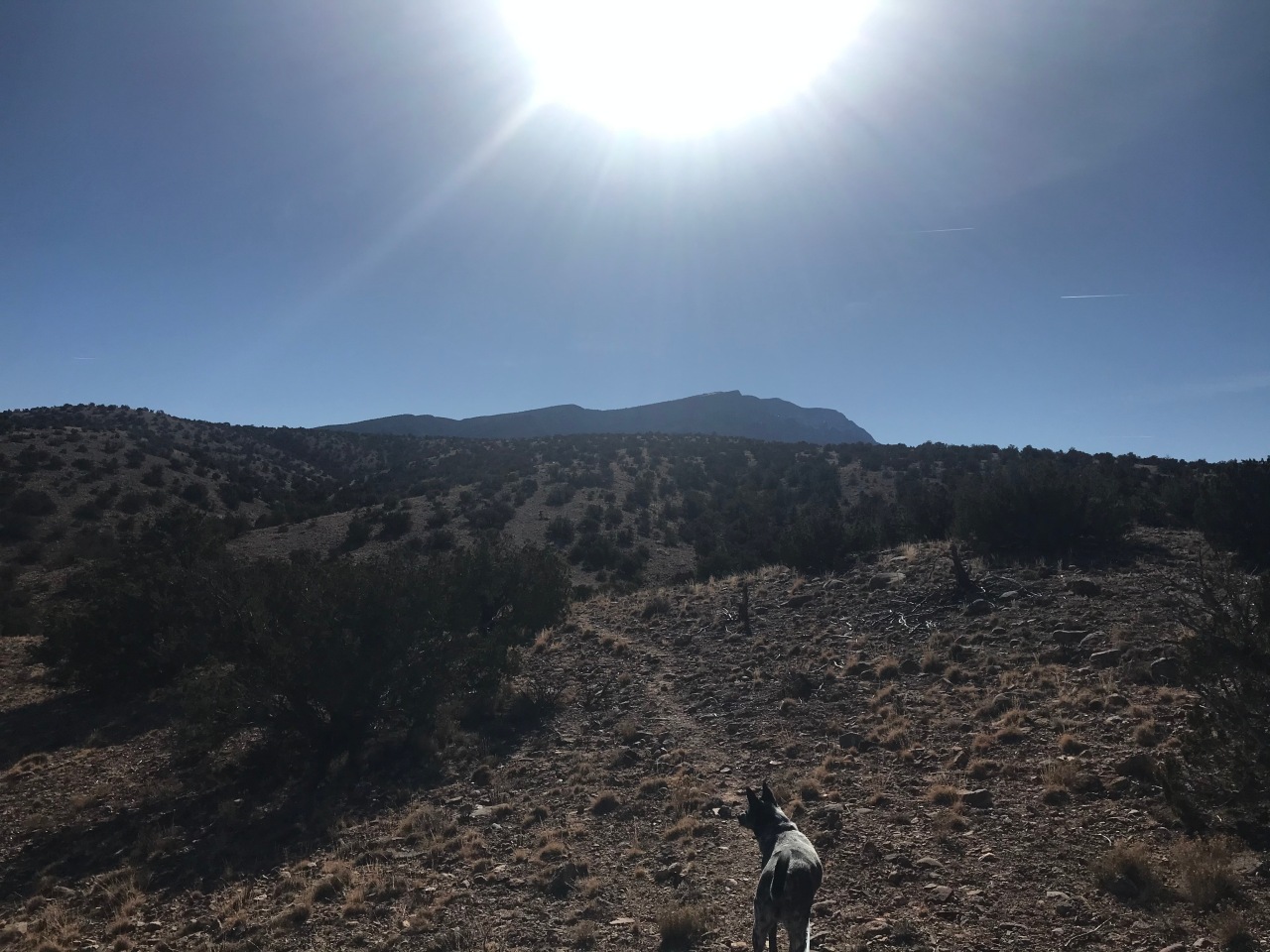