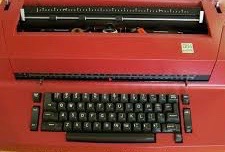 (Note: Speaking of journalism and boxes of Pandoras, I have touched up an oldie but, I hope, goodie).

The late Gov. Bruce King and the still-living Tom Harmon, my first city editor at the Albuquerque Journal, are two of my favorite New Mexicans.

They might seem to have little in common, but they are among the kindest people I ever met and they seemed to have similar veto strategies for regrettable story ideas and dubious legislation.

King was a gregarious cowboy-politician who grew up on the family farm and ranch around Stanley and spoke in a twangy drawl that sometimes was a folksy vehicle for great wisdom and sometimes got him tangled up in the rhetorical equivalent of loose barbed wire.

Harmon is a quiet, Harvard-educated, former East Coast guy who prefers sailboats to cows, even though he matriculated in the newspaper business from Gallup. These days he is a South Valley acequia aficionado and drives around Albuquerque in what I believe is his third F-150 since I went to work for him in 1982.

King was in the first of his three terms as governor when I started as a reporter and it was he who gently schooled me in the ways of New Mexico politics. And I confess to dropping my guard a bit: As he did with many New Mexicans, he made me feel like a member of a family.

Harmon, one of the finest word men I know, encouraged my reporting and writing, typing notes on pulpy half-pieces of copy paper we called “hed sheets” or scribbling on clips. He talked me through me a panic attack in the middle of Wyoming winter, where for some reason he had allowed me to go searching for then-presidential candidate Gary Hart. He got me to hold down the city desk one Christmas day, but invited me to his home that morning for pancakes with his wife and two young daughters.

He was one of those rare, deft editors who could improve your copy without you knowing. Some called it a surgical touch. Reporters would look at their stuff in the paper in the morning and think, “Boy, am I good.”

I’m also sure Harmon protected me from more management chupacabras than I ever could imagine.

What set me off on this sentimental journey was a note the now-retired Harmon wrote to friends the other day, on the anniversary of his hiring at the Journal 40 years ago.

The note also details his relationship with former Journal columnist Jim Belshaw, who  then had an apparently grim nights and weekends desk job and generously encouraged the bosses to hire Harmon as his replacement on Feb. 6, 1978.

“Forty years later, the greenhorn is glad Belshaw convinced Frankie (McCarty) that this 30-year-old lost boy was a good hire. It’s possible that Belshaw had an ulterior motive, and was already imagining his logo on a new column in the Sunday Trends section. But that will remain a secret locked in the quiet poker player’s heart,” Harmon wrote.

“All I know is that Feb. 6, 1978, was the end of my wandering, and the beginning of a great ride on a rollercoaster that barely exists anymore. We were all lucky to catch a ride, back in the heyday of smoky newsrooms!”

I agree that Belshaw is a fine guy, although by the time I got to the old Journal newsroom downtown, on the windowless 2nd floor of the building at 7th and Silver, he had everyone’s dream job of metro columnist and I was among the jealous. I don’t know how much Belshaw had to deal with the higher ups, but it seemed to me that Harmon, as city editor, often was confronted with the classic mid-level editor’s dilemma: “Tyranny above, mutiny below.”

King’s way of signaling to reporters that a veto was likely was to drawl, “Well, we’re gonna take a good, long look at that one.” Much easier to read than the poker-faced Belshaw — this is New Mexico, after all, not Belshaw’s gritty Chicago — King also would give you a grin and the wink of an eye.

Harmon had least three editors over him. All of them kept typewriters in their glassed-in offices, even after computers were introduced, and were fond of tapping out what they thought were smart story ideas and having them rushed to the beleaguered city editor for assignment to the myriad reporters they imagined were lounging around the newsroom with nothing to do.

I suspected that Harmon did not always agree with the brilliance of these proposed assignments.

Over the years, I noticed that he often slid file folders and various typewritten memoranda into his lower right desk drawer after giving them a good, long look.

He rolled the metal drawer shut with a solid thud. Unlike King, there was no wink or grin. But the gulp of his Adam’s apple and the stare into the distance suggested an awareness that, each time he did it, the water might be rising on his own career.

I’ve always guessed the ignored contents of that drawer might have been as troublesome as what Bruce King would have called “a whole box of Pandoras.”