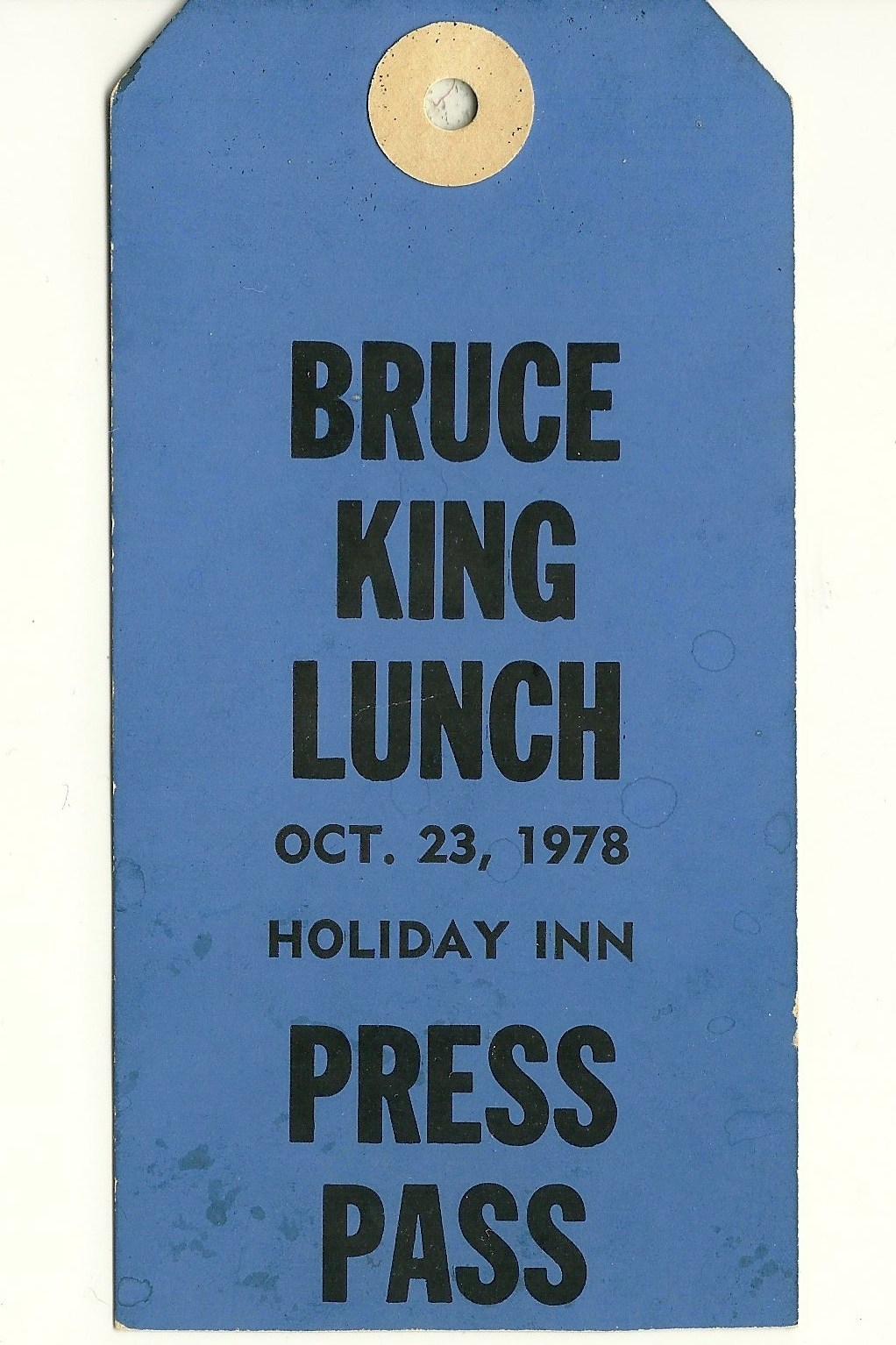 I dreamed of barbecue in 1978, not because I craved it but because I often ate it three meals a day.

It was a governor election year in New Mexico and there was a heavy-duty contest between two native-born ranchers, Bruce King and Joe Skeen.

Both men were big, burly New Mexicans with hands like saddle bags and lurching walks that drugstore cowboys couldn’t hope to imitate. Television advertising was a rarity and candidates drove and flew around the state, drawing crowds with free food and winning votes by remembering first names. Reporters like me, for the Santa Fe New Mexican, Tim Orwig of the El Paso Times and Ollie Reed of the Albuquerque Tribune tagged along.

And barbecue, as much as the candidates, seemed to be the drawing card on the campaign trail.

I’m not sure whether the best barbecue I ever had was put on the by the Gares brothers on the Portales courthouse lawn on a muggy fall evening or at an even bigger deal in Carlsbad, where the barbecue came in a rolling, 20-foot long sheriff’s posse smoker with twin stacks. I think I might have followed the thing as it was towed down the road by a crew of barbecuing pros, smokestacks spewing that sweet scent of wood-scorched beef. The smell was magnetic even if the rig was a traffic hazard. And usually it was  King Brothers’ beef I was smelling. At least that’s what Bruce King said. And he did win the election.

Everywhere we went, King would tell the crowd to enjoy the King Brothers’ beef. He and brothers Sam and Don were pretty big in the cattle business in those days, with four or five outlying ranches in addition to the home ranch at Stanley, which was insulated against some of the ups and downs of the cattle business with corn fields, its own feed lot and motor pool. The King butane operation didn’t hurt none either.

I don’t know where Skeen got food for his events, although they tended to be a little more upscale than King’s, but I think it always was beef that was served, not mutton or lamb raised on his Roswell-area ranch. I know King’s tastes were slightly more wide-ranging than barbecue and that maybe his favorite place to eat in Santa Fe was Furr’s cafeteria — and not just because people standing in line were sitting ducks for a gregarious politician.

Here is more evidence of King’s broader culinary interests. Once on his Alamo Ranch, after a stop at a supermarket on our way out to look at cattle, we had baloney sandwiches on white bread, slapped together on the spot and washed down with Dr. Pepper. We were hunkered down out of the wind in an arroyo bank, overlooking Indian ruins just northwest of what’s now Rio Rancho. I had brought along a thermos of coffee and I can tell you that teetotaling politician was a fiend for the stuff. And it was there that he educated me in the old cowboy trick of using coffee, in lieu of milk, to wet your corn flakes. After he won election that year, I can remember going to a press soiree at the governor’s mansion that again featured cold cuts and — in a time when it was still standard for journalists to drink — non-alcoholic beverages. I can remember a friend in the buffet line ahead of me muttering, “Cold cuts and cold turkey.”

But my true food association with Bruce King was barbecue. Two beefy New Mexicans were running for governor in 1978 and beef, it seemed — even if Skeen was identified as a sheep rancher — was what was for breakfast, lunch and dinner.

All of this came back to me when I was digging out an old “Bruce King Lunch” press pass to illustrate another story on my blog. The October 1978 press pass is grease-stained and I can only guess the stains are related to barbecue. I remember the passes were for an event at then-fancy-seeming Holiday Inn in Las Cruces and I remember Bruce King’s preface that day to his gubernatorial campaign remarks.

Before he got to the issues, he informed us we would be eating King Brothers’ beef.