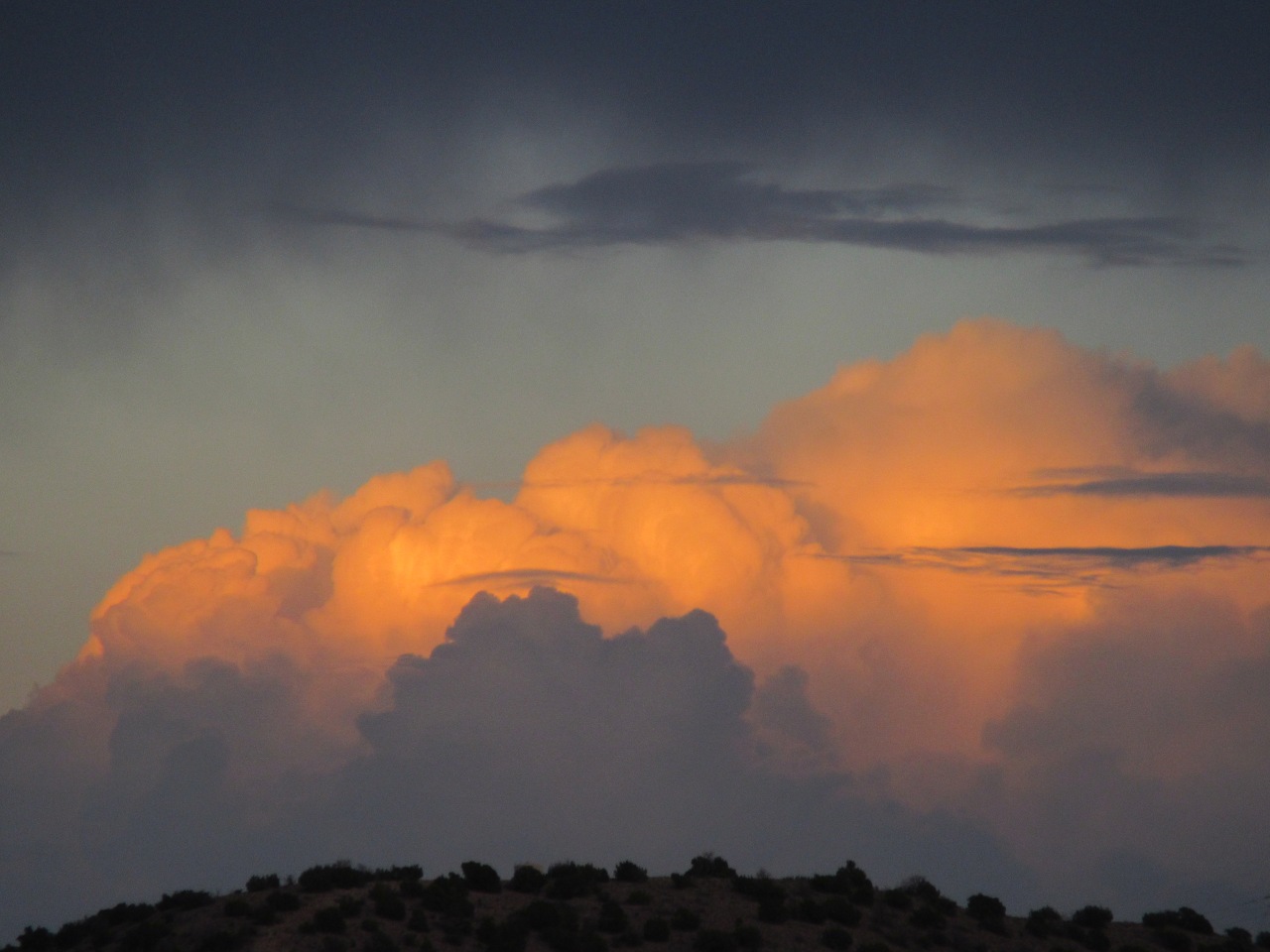 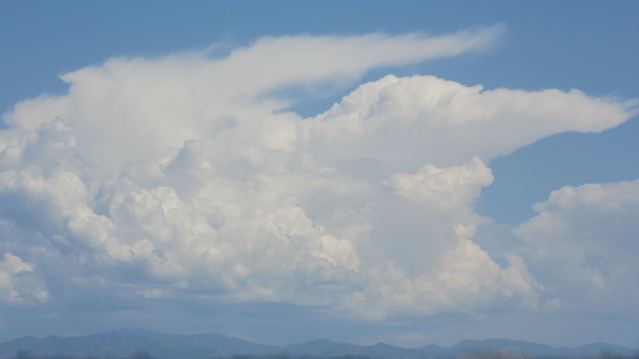 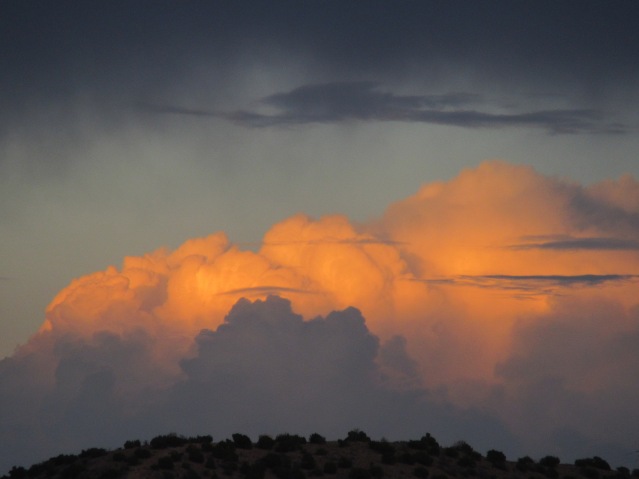 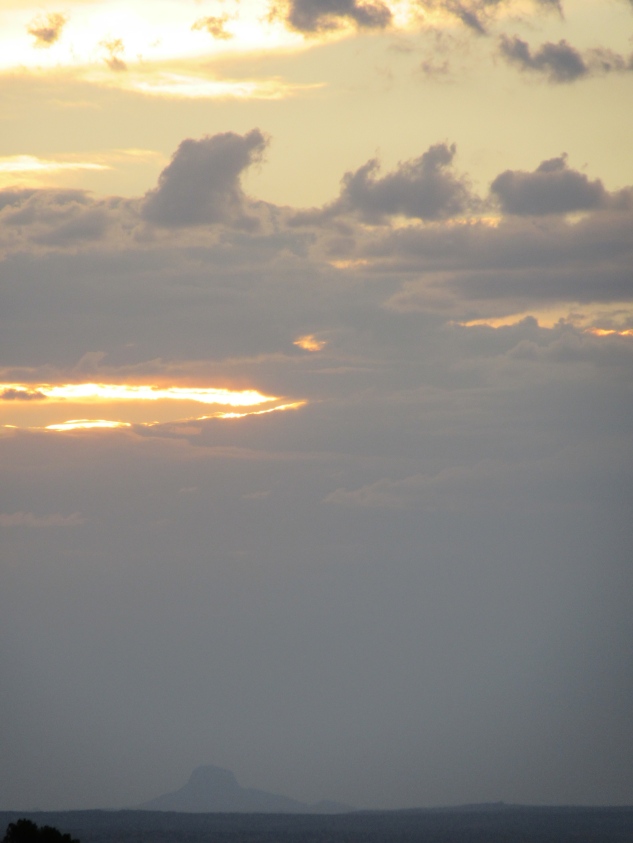 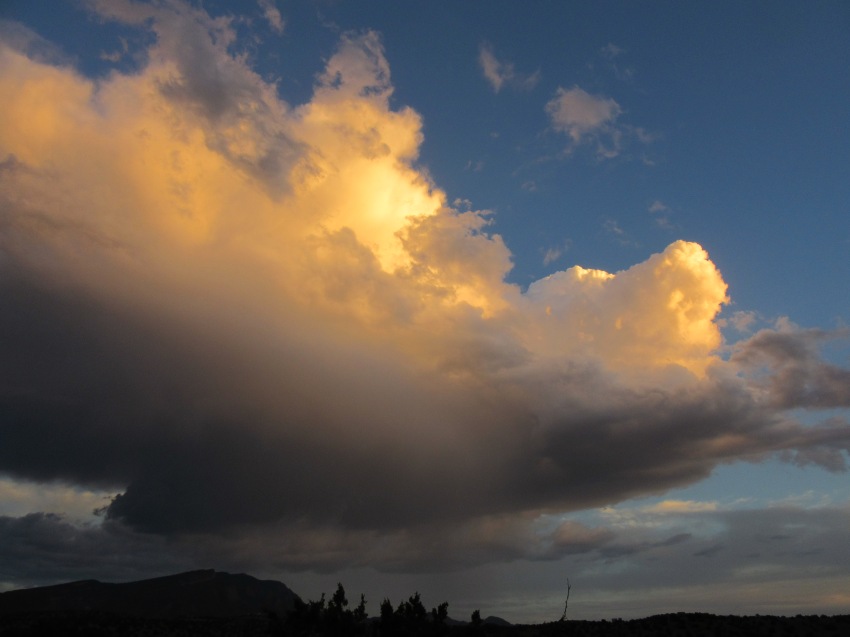 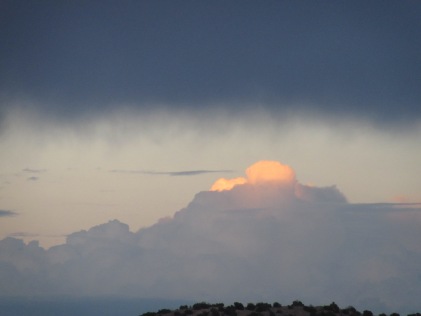 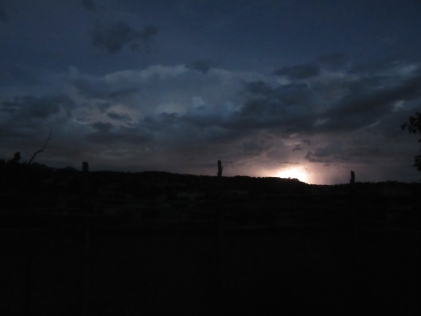 The weather technicians say it is the start of the monsoon, but I still balk at the New Mexico use of the term.

It works when I’m reading Joseph Conrad, but it seems out of place as I gaze at the Pajarito Plateau.

Against the grain of my newspaper training, reluctantly using two words instead of one, I’ll keep trying to to say rainy season instead of monsoon.

I am glad it is here, though, even if hurting for a change of names. I’m sure it is purely coincidental that it arrives as I emerge from the clouds of losing Cooper, who I still regularly see out of the corner of my eye, ironically like the flashes of lightning this morning at dawn.

If there is any consolation for the loss of my ever-so polite, horizon-gazing friend, it’s that he didn’t have to endure the week of 100 degree June temperatures that precede the season, nor the thunder and lightning that precede the actual rain.

But I found myself muttering “damn” again as I went out to pour water for the birds this morning and not to replenish Cooper’s pan.

And alone again now, I see myself more clearly.

I realize I am just two months short of living longer than my father, who died at 66. I realize that every dog that’s gone — the various Ralphs, the iconic Agua Fria-breed Mus, the incorrigibly playful Sadie, and Molly, the sweetest mutt ever, now Coop — reminds me distantly, like a far-off storm, of my father leaving home when I was 10.

I realize the associations of loss as I greet another season. 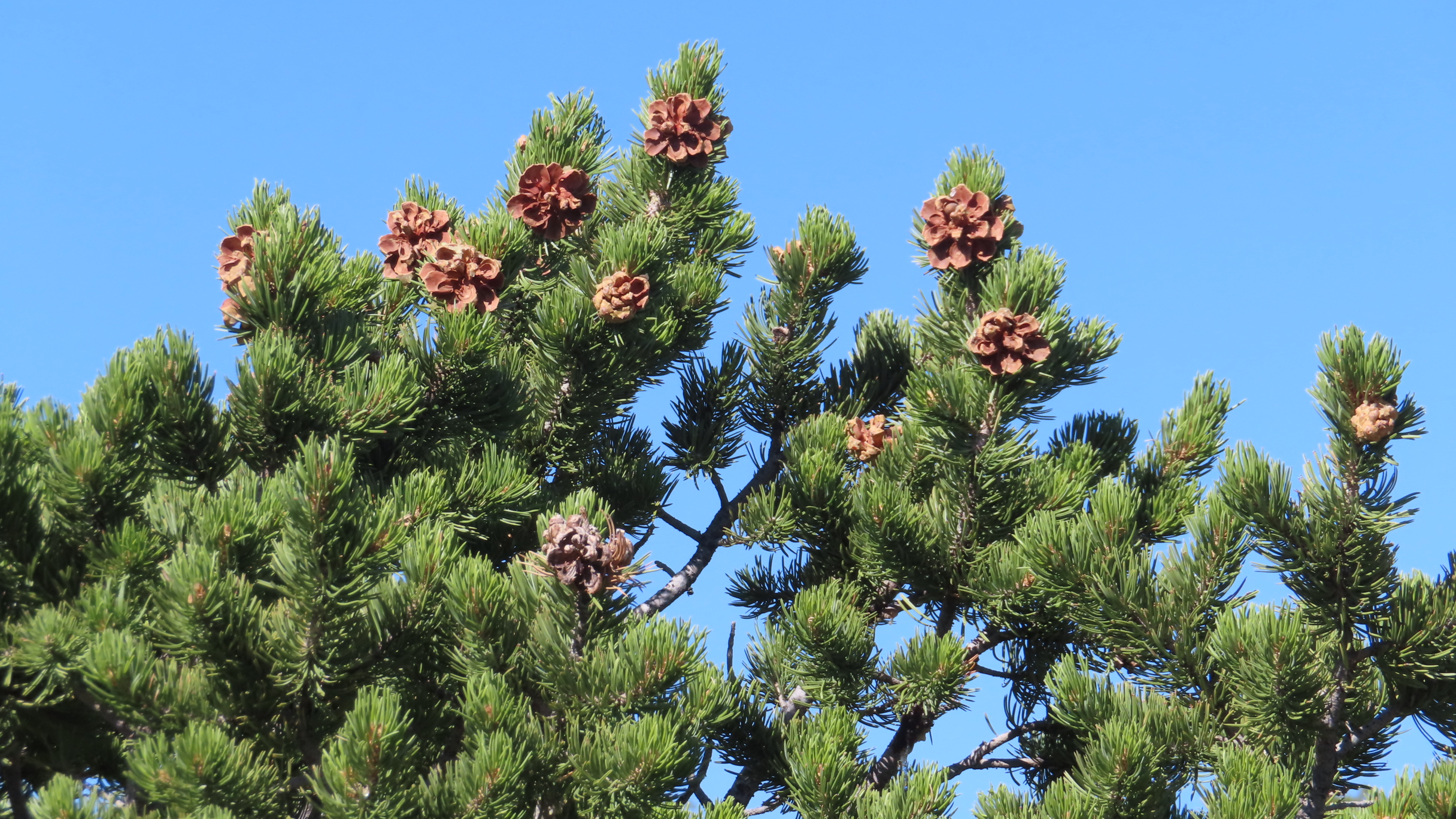