I’m in trouble when it comes to writing a novel. Big trouble. And I’ve known for a long time. 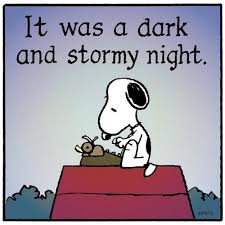 Two of the few opening scenes ever to come to mind, despite more than 50 years of daydreaming, had, one, the hero driving up a mountain road in Colorado in a red sports car and, two, an old ranch hand getting shot out of the saddle in the mountains by an unseen gunman.

In this moment of confession, I admit things haven’t gone much farther than that. And these weren’t deep thoughts to begin with. Murder mysteries don’t work well for me anyway: I’ve always questioned why you have to kill someone off to sell a story. I love the Inspector Lewis series on BBC and the Swedish version of “Wallander,” but you really have to wonder about the homicide rates in Oxford, England, and Ystad, Sweden.

I’ve thought of a couple of people for the ranch hand story, but my thinking about the main character — the ranch hand’s boss — has not progressed beyond a scene in San Francisco involving lunch at the Tadich Grill.

As a practical matter, the thinker-upper of this scenario, yours truly, is 65 now and still at the table at Tadich’s, savoring the atmosphere and drifting off into a bowl of crab cioppino instead of a coherent story line.

I think I have a touch for atmospherics, but atmospherics only get you so far. Things go poof beyond that. I know that I am chronically undisciplined and for decades have not been able to make my brain form a plot.

This obviously is a big literary shortcoming.

Occasionally, I rebel against my fears. I like the declaration, “The novel is dead.” It suggest to me that I can, with a clear conscience, give up trying to write one.

Once upon a time, I believed my life’s mission was writing “the great American novel.” But with the writing now on the wall on that score, I have been trying to assure myself that my future lies in other forms.

I can handle an essay, even if it is mostly because I like to hear myself talk. I have written short stories and, being an airhead anyway, like the fact that it seems okay in works published by others to require readers to fill in the blanks.

I’ve been trying to inspire myself  by going back and reading humorists like Thurber, but I am still too aware of the the 1950s trend that short stories have to be about middle-aged wounds, dysfunction, alcoholism and financially scraping by.

I have a life-long affection for poetry but I am not educated in it and, although I wrote poems through my teens and early 20s, I really don’t want to start all over again. I am content to enjoy the mastery of others.

On the story-telling score, I did hear a great line once from an old horseman and trail guide. It was the real deal and lodged itself in my mind as a kind of punchline or hook. It’s still there.

I can still hear the old packer, suspicious and wondering aloud about a pack train of horses he’d seen leaving the neighboring ranch, heading up into the mountains, panniers draped over all.

“They went in empty and came back full,” he said.

The mystery is still with me, but I haven’t been able to solve it. The conundrum starts with the conventional wisdom that you ordinarily pack into the mountains with your pack boxes or panniers full and, after eating all the grub, return with them empty except for the camp gear you had to haul in.

Maybe the mysterious packers were just cleaning out a fall hunting camp, bringing gear left in the high country over the season back to the main ranch. If they were hunting and were bringing back meat, there would be exterior evidence.

I don’t know. My thoughts about the contents of the returning panniers have usually turned to drugs or cash. But then I lose interest.

And I am as bored with drug-running tales as I am with movies about snipers and good-guy assassins.