I know this election today is about the country and not me, but it also represents another personal milestone. So, I blog.

The three most important votes of my life, or the three I have felt mostly strongly about: McGovern 1972; Obama 2008; Clinton 2016. 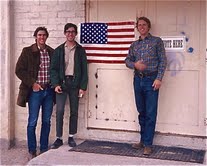 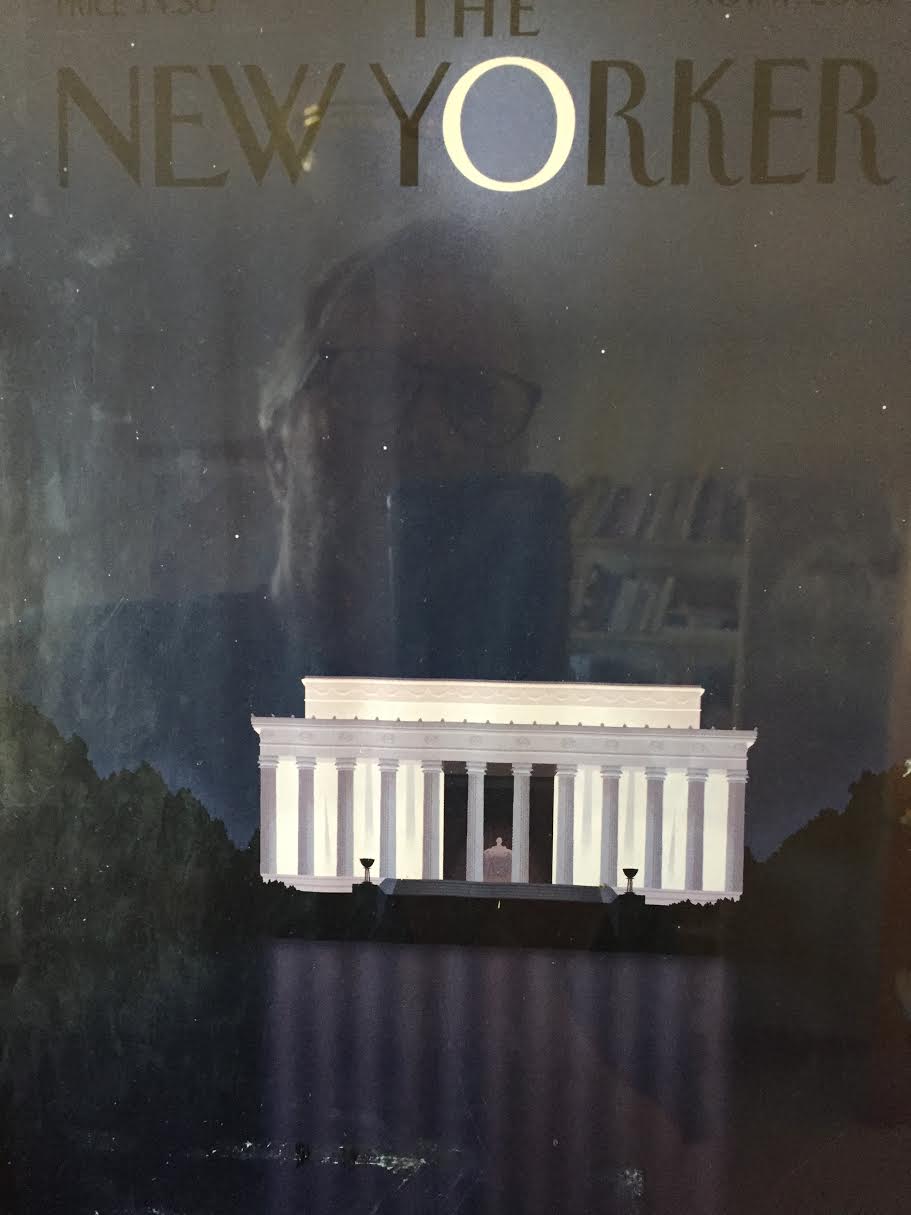 And to top it off, tonight is the first general election night since 1974 that I will not be working in a newsroom into the next day.

After 42 years, I get to kick back at home and watch the returns come in. And I’ve got a better feeling about tonight than 1972.

In ’72, I sat in the rec room of the Inyo Ecology Center outside Bishop, Calif., a firefighter after fire season, but still stuck in camp, watching returns with an old black dog appropriately named Bummer. Tonight, retired after a 40-year newspaper career, I will be with Cowboy, an 8-month-old blue heeler with a coat the color of smudged newsprint and the spirit of a digital start-up.

If i were to title this Associated Press photo by Andrew Harnik from the rally outside Independence Hall last night, I would call it, “The long arm of Michelle Obama.”

The Philadelphia rally for Hillary Clinton last night was also about preserving the Obama legacy. The president himself made that clear. Whatever misgivings I have about Hillary Clinton as a candidate are overriden by my belief that she can be an outstanding president. But, for me, the real inspiration of this election year is the future as portrayed by Michelle Obama.

As someone who grew up reading voraciously the biographies of American heroes, I keep thinking the classic American biography I want to read now is hers.

I know that changing demographics may have as much to do with what will happen today as anything. But. whoever the candidate, I still hope it is Michelle Obama’s spirit that carries us forward.

I should be careful not imply Hillary Clinton is an old story. In a way, her election would be one fulfillment of the Boomer story. It has just been such a long road getting here, I tend to want to leap ahead. There is so much to be done in government once the election is done. I think Hillary Clinton, with a little realistic negotiation with Paul Ryan, can get it done.

And today today is still a very big day.

An old friend helped ring the bell with a note this morning. Bob Heberle was with me at that firefighting base near Bishop, Calif., over 40 years ago. He recalled that it was 16 months ago that he and his son, Tyler, passed through Placitas and stayed with me the night of the first Republican debate — the three of us sitting up to be stunned by the tenor of things to come. Bob thanked me “for being a friend who helps me remain grounded, and thankful for this life despite the craziness and frustration.” But I think it is I who should thank Bob, who is a like a rock, for the very same thing. I think this buddy has saved me more than once.

I have the same confidence in the election outcome today. I have been awaiting what I call “a massive outpouring of decency.” And I will note that “decency” is a word that reoccurs in the speeches of Michelle Obama.

At any rate, it was great to hear from you today, Bob. I didn’t have much hope in 1972, but today I think things are going to turn out all right. I’m glad to have been your brother all along.

And just so you know, I am proud of my Boomer women friends who probably are still busy today putting their shoulders to the wheels for Hillary.

As for testament to what this election is like for some of us Boomers, I mentioned some of my misgivings about Hillary Clinton to a woman friend, even though saying there never was any doubt that I would vote for her. My friend practically spat back that she was sick and tired of having only old white men for choices. And imbedded in her words was a deep, deep appreciation for Clinton’s 30 years of toil to get to today.

I was at the 1984 Democratic convention in San Francisco and I saw tears, even in the press stands, when Geraldine Ferraro was nominated for vice president. But those moments are only shades of this year.